When You’ve Got to Own Your Middle Name 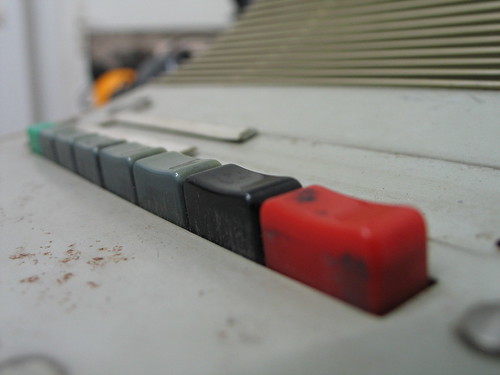 “Mr. Hersey could you please send Michael Smith to the principal’s office.” These words were spoken in a pinched female voice, disembodied and degraded by the aged speaker box that hung on the concrete wall. I looked at my sophomore peers in English class, they all looked at me, I looked at Mr. Hersey. He walked to the intercom, pulled its trigger and said, “Mr. Smith will be right down.”

I was to meet with Vice Principal Yarrow, a man with a left arm that ended just above the elbow, who was known as a fierce competitive cyclist steering and shifting with his one hand. He always wore short sleeves, and held students’ records under his incomplete left arm – a clamp holding down a folder filled with indiscretions that couldn’t escape the permanent display of a lack of judgement.

Sweating, recoiling opposite his massive desk, I racked my brain for what I’d done,”Um, no?”

An uncomfortable moment of silence followed.

“You are Michael Smith?”

“OOOOhh, noooo. I’m Michael B Smith. The B is for Branson.”

That was probably the first time I’d owned my middle name. A family name from my mother’s side, that her father had, as did her father’s father, and onward. I’d aways felt it was an awkward middle name, too haughty, too nasally, too unlike any other middle name I’d come across in my narrow suburbia experience. My brother got Scott, I got Branson.

But I’ve been owning that middle “B” for sometime as I’ve created (and will continue to create) innumerable usernames for an endless list of internet accounts and services. Having a “common” name is a blessing and burden on the internet, easy to hide, but hardly found. Why?

Starting in 1964, “Michael” became the most popular given name in the US and would remain so until over three decades later “Jacob” would take the title in 1999. Jacob and I have been battling for the number one spot ever since (though he’s owned the crown for most of the 2000s). And “Smith” is the most common surname of the United States – all time.

Yup, that’s my name, “Mike Smith.” I have one of the most common names in the United States. People I meet to this day still ask me, “No really, what’s your real name.”

So as I create accounts, trying usernames – msmith, mbsmith, michaelsmith, michaelbsmith, etc. They’re already gone. And I can’t be “msmith4377” or whatever other username a bot wants me to be.

Last summer I started a blog on the CUNY Academic Commons about my old artworks and had the need for a username for a variety of social media accounts that I wanted to affiliate with it. “NotTrivial” was the username I chose, and its origin is explained in one of the artwork blog posts. I use @nottrivial on Twitter, Flickr, and a few other places now (including the name of this blog for now).

But I’m officially owning my middle name for the second time in my life now, with michaelbransonsmith.net and I’m not sure what that means for “nottrivial.” Maintain it and continue to propagate it? I’ve parked @mbransons on Twitter for now, but rebuild followers and following?

What’s in a (user)name anyway? What do you think?