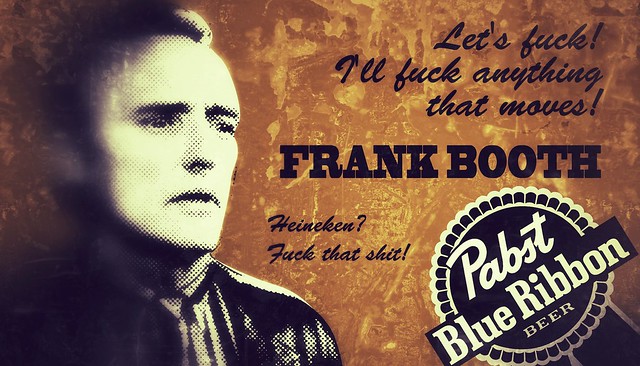 So what’s really surprised me recently is how my phone could suddenly be such a big part of my design process. I’ve used Photoshop and Illustrator for years, to touch up photos, create logos, set typography, etc. But in the past few weeks I’ve been bouncing images back and forth between my mac and my phone just so I could use these amazing photo image adjustment tools that I don’t have on my computer. In particular I’ve been using Snapseed an iPhone app that maintains the original image’s resolution and allows for multiple passes with filters unlike apps like Instagram.

I created this Frank Book Business card based on the frame below from the film Blue Velvet. 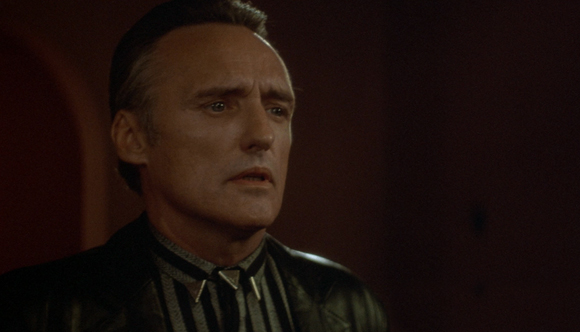 After deleting the background, I converted the image to grayscale and applied a Halftone Pattern filter, which emulates old printing processes to emulate grays with lots of tiny black dots. 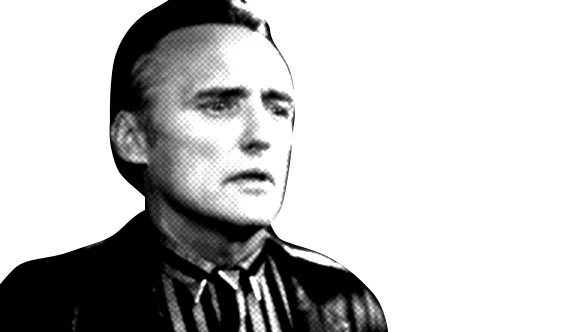 Next I imported this image into Illustrator and used one of my favorite techniques which is to convert bitmap images into vectors using the Livetrace tool. After that I did some additional vector work, type setting, and the placement of the Pabst Blue Ribbon logo. To bring me to this point in the design: 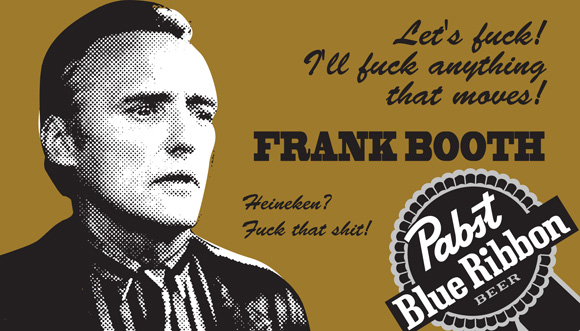 Here is where I would have normally stopped and been fairly satisfied with the work. But lately I’ve been importing this work next to my phone and doing additional filter work to produce the final result above.

I’ve been using a new favorite app called Snapseed which allows you to apply multiple filters to an image before saving it. It’s surprisingly snappy (insert bad pun joke), working much faster than other digital imaging apps I’ve played with. My favorite filters at the moment are Vintage, Drama, and Grunge. Each one has a ton of different options, but a simple interface that’s generally unconfusing.

Right now it feels like a new process, that leads to some interesting rich results. I worry that I might lean too much on some canned computer filters to create a particular ‘look,’ but for now I’m sticking with it.

Below are the before and after phone edited versions of a business card for Sailor from the Lynch film Wild at Heart. And thanks to Paul Bond for the inspiration for the bad guys business card assignment. 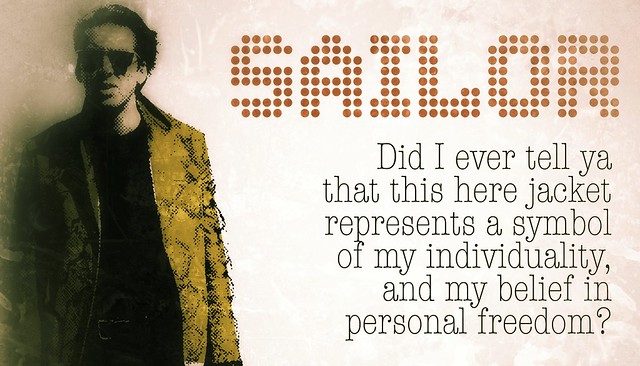 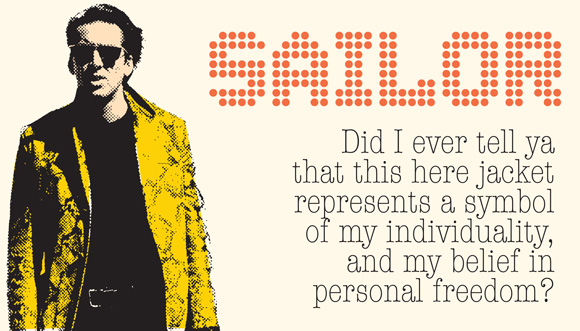