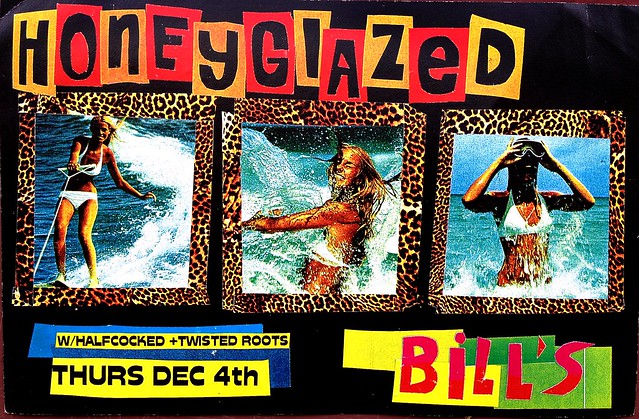 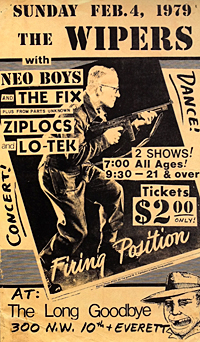 One of my favorite books about design Fucked Up + Photocopied Instant Art of the Punk Rock Movement showcases the history of punk band flyers from 1977-1985. The art principally created by the bands, then photocopied, and staple-gunned to walls and street posts all over town represented the DIY, mashup sensibility of the punk movement.

During the mid to late nineties I spent time at the Museum School working toward my MFA, living in Alston, MA. I mostly biked throughout the city and whenever I came across cool band flyers I’d pull one down and keep it. These flyers were usually color photocopies of collages, which like the punk flyers were likely created by the bands themselves. Color photocopies were really expensive back then (a buck per 8.5 x 11!) and usually it was a friend that worked at a Kinko’s who’d hook you up (something I did for my mini-comics). 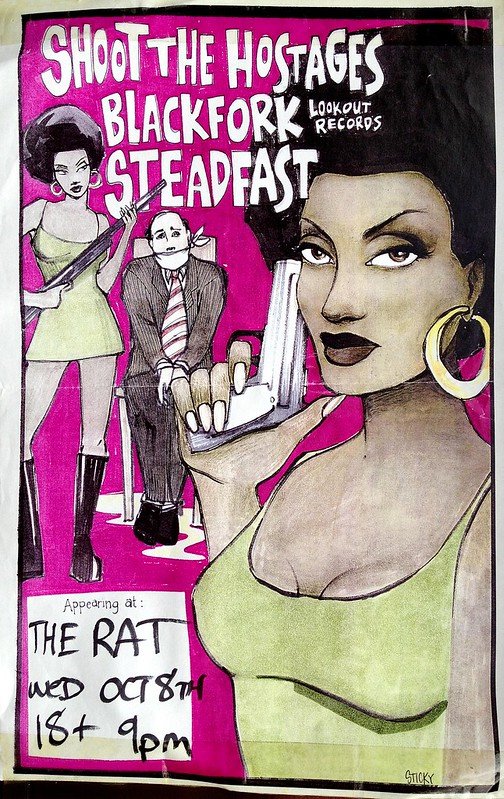 I didn’t make it to many shows (I did see Biohazard at The Rat) while I lived in Boston, most of my money when to art supplies and digital media (think about this dead media sequence SyQuest, Zip, Jaz). But it was interesting to try and figure out who was who, and mostly it included looking at a MySpace digital graveyard. I resurrected a barely used account so I could make a playlist of these 90s Boston Bands.

Shoot the Hostages, Black Fork, and Steadfast sponsored by Lookout Records at the Rat was probably a kick-ass hardcore show.

The Common Ground was a bar right around the corner from where I lived, so it wouldn’t surprise me if I actually saw Joint Chiefs. The Dirty Doctors look like an acid tripping band in the 1999 show below.

And the band that would have probably been the most fun to see was Honeyglazed. The Boston based music magazine Lollipop did a review of their album ‘The Trouble with Girls’ which describes their sound:

Honeyglazed’s low end rumbles and shakes its fat ass while kinda sci-fi/poppy keyboards (without being like Cyndi Lauper, thanks) skitter and skate through melodies as often as they offer rhythmic support.

I guess they didn’t survive long enough to enter the Myspace era of music, but you can preview their tracks on Amazon (as well as buy the CD for under a buck). 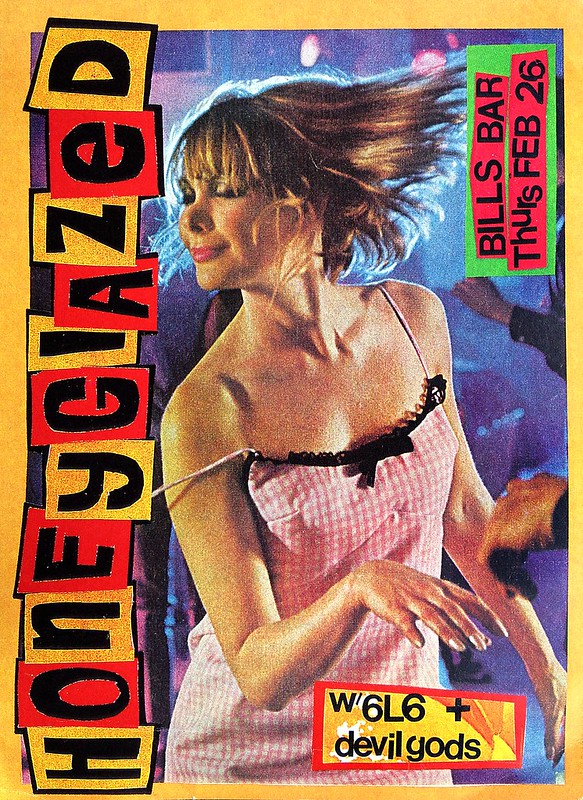 I doubt there are many collectors of band flyers from this era, but if there are it would reveal an interesting transition between black & white photocopies and the all digital era that soon took over. I’m not so sure all the music would be as awesome as punk though.